As with most of his work, the centerpiece of “I’ve Seen Everything” is Loughman’s sardonic vocals, which find him weaving together daydream imagery where he challenges his own cynical worldview with the idea that even a well-traveled rock n’ roll warrior like himself can still be surprised. Throughout the song he lists off a series of increasingly improbable situations peppered with his signature witty wordplay and double entendre, before he suddenly finds himself confronted with something that even he didn’t expect. All of this culminates in the song’s anthemic chorus, where the incredulous rocker sings “I’ve been everywhere, and I’ve seen everything/But I’ve never seen that.”

After a string of original releases this year, Mark Loughman has brought his signature worldview to a deceptively dark reinterpretation of Electric Light Orchestra’s classic 1977 hit “Mr. Blue Sky” with a new cover and music video for “Mr. Blue Sky (No More)”. Forgoing the original’s Beatle-esque vocal arrangement for something decidedly more sinister sounding, Loughman delivers one of his hardest-hitting sets of lyrics yet as he trades the original’s cheery ode to optimism, clean air, and sunshine with a grim warning of environmental disaster and government conspiracy. The accompanying music video finds him peering skyward answers, while giving listeners a peek into what might be behind the curtain of mankind’s latest calamity.

Loughman’s take on the popular tune finds him slowing the tempo and updating the sonics for a more modern feel. The familiar drum, bass, and piano stabs are still in place, but the reduced speed trades the eagerness of the original for a more deliberate pace that brings out a richness in Loughman’s sonic choices. He compliments the punchy rhythm section with fuzzy, melodic guitar lines and lilting synthesizer melodies, giving the cheery melody a tragic underpinning that underlines the anger and despair in his lyrical message.

The centerpiece of the song is Loughman’s ominous-sounding vocals, drenched in slapback echo and dropped an octave for maximum Orwellian effectiveness. Where Jeff Lynne’s original words found joy and relief in the titular sunny day, Loughman sees its gradual destruction brought on by corporate and political interests. Loughman’s lyrics sarcastically references the source material, as he reckons with what’s been lost. “Even if you’re running down the avenue/You won’t be able to outrun these monstrosities,” he says, before making a desperate plea for awareness and engagement.

Despite not pulling any punches with his lyrical message, however, Loughman still sees hope on the horizon. “Ignorance is a choice in the age of the internet,” he said. “If people are willing to think for themselves and read between the lines though, we can change these things for the better.”

Do Horses Go to Heaven?

“Do Horses Go to Heaven?” ponders the idea of second chances in an accidental universe, set against a cinematic musical backdrop that wouldn’t be out of place in a Sergio Leone film. The song is filled with tasteful production elements that highlight the core lyrical themes of remorse and redemption. Loughman’s yearning vocals — which are sometimes reminiscent of Roger Water’s finest whines from his early ‘90s solo work — touch on a hazy past, filled with evocative flashes of imagery that are never fully revealed to the listener. “Stop thief / Don’t touch that / I don’t steal / Not since my accident / A full car / in full flames / Well come tomorrow we’ll be lying in the rain.” Loughman ponders the ultimate fate over an anthemic chorus, wondering aloud if time will redeem his past — or if there is just no turning back.
Story image

The music itself is the fait accompli of the piece, with Loughman’s vocals resting on a bed of chiming, tremolo-soaked guitars and echoing piano chords over a mid-tempo drum and bass groove that evokes a slow cowboy gallop. Hammond organ and buzzy analog synthesizer textures fill in the song’s drawn-out instrumental bridge, capturing the mournful beauty of Loughman’s melodies while he adds a ghostly counter-melody on the piano. The build climaxes with Loughman’s voice breaking into a soulful falsetto before song crescendos on the rattlesnake shudder of a vibraslap.

You See Wonderful, You See Pretty

“You See Wonderful, You See Pretty” is a carefully honed piece of Emerson Loughman Palmer in miniature; presenting the band’s signature mix of driving modern guitar rock with Loughman’s world-weary vocals. The song starts with an arena-friendly guitar and drum hook that recalls classic LA powerpop, before launching into a driving backbeat that propels it forward on the road to truth. Loughman’s lyrics tell a tale of rose-colored glasses in reverse, with the song’s protagonist desperately trying to break through the background noise of modern life to reach those around him.

“Some people can’t accept that there’s more to know about the world then what they hear from politicians and cable news,” Loughman said of the song. “There’s no shame in not knowing, it just means you haven’t received the pertinent information yet.” The animated video explores these concepts with a wink of self-awareness, Loughman appearing as a shadowy figure of truth only to be humorously ignored by the various characters he encounters over the course of the video.

“MK Ultra” begins conjuring up its worldview with an industrial drum loop accompanied by a foreboding bass and guitar motif and subtle stabs of synthesizer noise, setting the stage for the grim Orwellian narration that dominates the verses. Loughman’s lyrics describe a seemingly unstoppable cascade of events that builds alongside the music to deliver a cataclysmic view of a society in decline, only breaking at the choruses to passionately deride mankind’s ability to distract itself from the inevitable over a soaring melody and heavily distorted guitars.

The build continues over the subsequent verses, allowing the stomping rhythms and hypnotic verse melody to lull the listener into a trance until Loughman’s words boil over into a wall of massive riffs, synthesized noise, and his airy singing. The song closes out with a wailing guitar solo that screams over the din of fuzz and noise only to suddenly fade out at the last moment leaving only a mournful string melody to bring the song to a suitably tragic close. 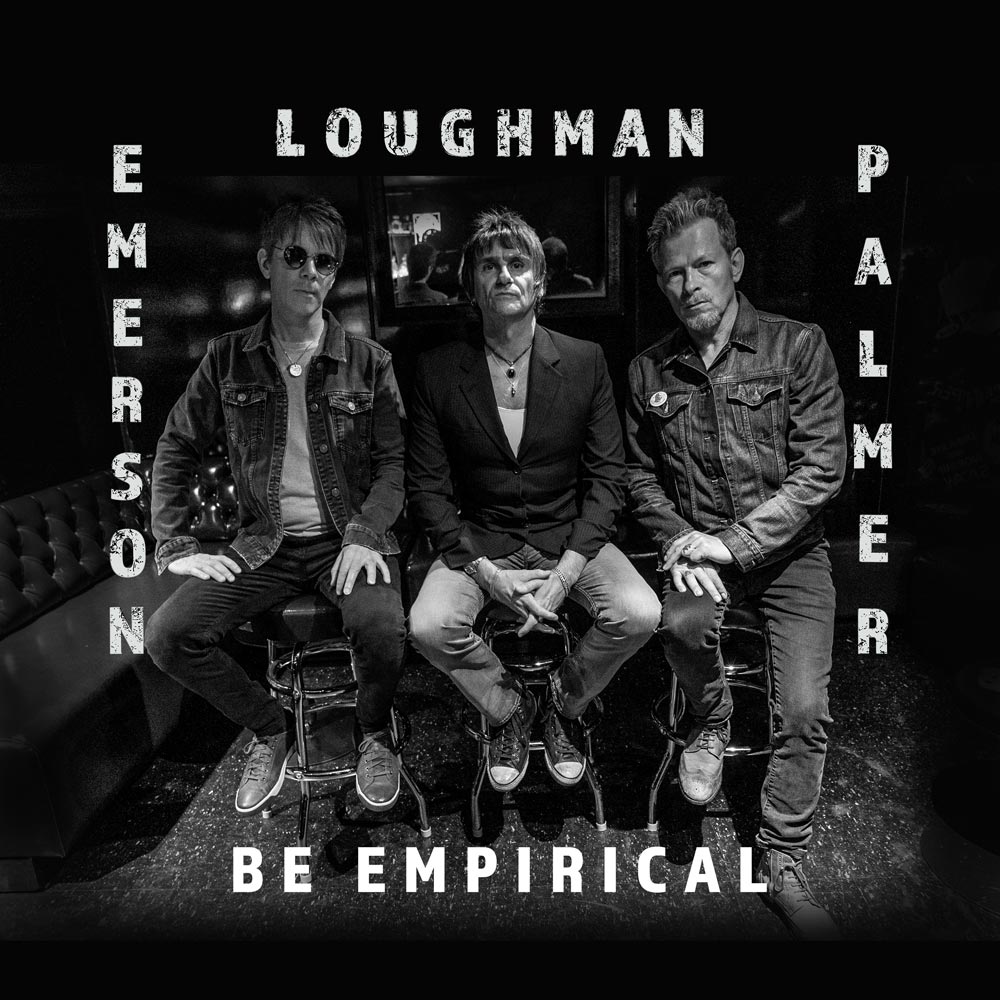 Click here to purchase the LP or visit here to listen or buy the digital version.